#6DegreesofSeparation is hosted by Kate at booksaremyfavouriteandbest. The gist is that everyone starts with the same book, then finds another book that relates to it somehow, then one that relates to the second, until you’ve got a chain of six additional books. It’s a twist on the theory that every person on earth can somehow be connected to any other person in six or fewer steps, and provides an opportunity to talk about random books we love (or don’t).

Have I Read It?: No, I had not even heard of this book before.

Synopsis: Martha Friel just turned forty. Once, she worked at Vogue and planned to write a novel. Now, she creates internet content. She used to live in a pied-à-terre in Paris. Now she lives in a gated community in Oxford, the only person she knows without a PhD, a baby or both, in a house she hates but cannot bear to leave. But she must leave, now that her husband Patrick—the kind who cooks, throws her birthday parties, who loves her and has only ever wanted her to be happy—has just moved out.

Because there’s something wrong with Martha, and has been for a long time. When she was seventeen, a little bomb went off in her brain and she was never the same. But countless doctors, endless therapy, every kind of drug later, she still doesn’t know what’s wrong, why she spends days unable to get out of bed or alienates both strangers and her loved ones with casually cruel remarks.

And she has nowhere to go except her childhood home: a bohemian (dilapidated) townhouse in a romantic (rundown) part of London—to live with her mother, a minorly important sculptor (and major drinker) and her father, a famous poet (though unpublished) and try to survive without the devoted, potty-mouthed sister who made all the chaos bearable back then, and is now too busy or too fed up to deal with her.

But maybe, by starting over, Martha will get to write a better ending for herself—and she’ll find out that she’s not quite finished after all.

1. Once Upon a Wardrobe by Patti Callahan

Have I Read It?: Yes, at the end of last year

Link to Previous Book: Set (at least in part) in Oxford. Also, the main character of Once Upon a Wardrobe is named Megs, and the author of Sorrow and Bliss is named Meg.

2. The Afterlives of Doctor Gachet by Sam Meekings

Link to Previous Book: Dual timeline and unique way of exploring past events and the way they affect the present.

Link to Previous Book: Books I read and reviewed at the author’s request and ended up loving.

My Rating: ⭐⭐⭐⭐⭐ (might downgrade a little with a more mature reread)

Link to Previous Book: This is a stretch, but Science Fiction in a series with a red cover.

5. The People of Sparks (Book of Ember #2) by Jeanne DuPrau

Link to Previous Book: Second book in a series.

Link to Previous Book: Books that I loved in middle school.

From a book I had never heard of to one of my favorites in this month’s chain! I’m currently reading Youngbloods, the fourth book in a spinoff series from Uglies. Even though it is a genre that I no longer frequently enjoy, Westerfeld’s writing and world building are so impressive that they draw me in and I continue to be somewhat obsessed with the story and characters.

Have you read any of the books in my chain? It seems to be a decent mix of popular and less common titles. See the host’s page for more 6Degrees posts! 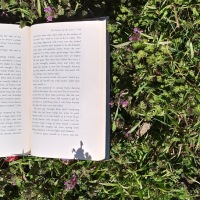 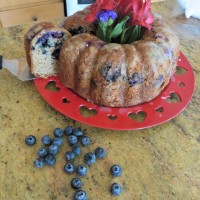 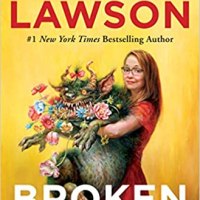 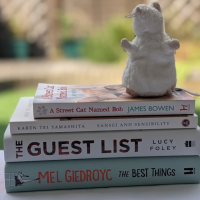