This started as a Facebook post to accompany a playlist I have been working on lately, but it quickly became unsuitably long. It’s a different pace from what I usually write and doesn’t completely fit my blog’s theme, but I hope that you can get something out of this, or at least enjoy the playlist at the end.

A few months ago I started a playlist called “Worship in the Wilderness.” I wanted to write a detailed post about the significance of each song, the way this has grown and the way that my faith has grown stronger as I explore the concepts that form its foundation, and clearly tell you why it might resonate with you as well. I’ve written and deleted so many versions of that post, and finally settled on the following explanation.

About two and a half years ago I left the church congregation I grew up in. There were a lot of factors involved in this decision (and a ton of prayer), but ultimately I knew beyond a shadow of a doubt that God was leading me away from that church. I didn’t know what or where He was leading me toward, just that I had no peace in staying and that the obedient thing to do was to go. Last fall I realized how much I relate to Abraham’s situation of being called to leave his family and land and go to a place God would show him. Abraham wasn’t told where that would be, but he faithfully left when called. I felt, and still feel, much the same.

When I started this journey, I did not expect to “wander” from one church to another. This time period and experience is what I have started to refer to as my time in the Wilderness. It’s not like the wilderness that the Israelites wandered for forty years due to their sin before they could enter the promised land; instead, it’s a wilderness of edification and faith. For the majority of this time there has been no opportunity for passivity. Before even entering a church, I have to be strong in my own faith and the foundations of my belief so that I can discern whether the place I am at holds the same core convictions. Because of this I spent a lot of time actively cultivating my relationship with God. Bible study, theology books, and prayer became an even bigger part of my life than before. Even the music that I play has often been part of this. I don’t claim to have gotten everything perfect, or even to have done as much as I could have, but this time strengthened my faith more than the last few years in my home church.

That doesn’t mean that I have always been content. There have been times of loneliness and frustration, exhaustion and disappointment. The wilderness builds stronger faith because it necessitates it. But, as unpredictable as this experience is, it also demonstrates God’s reliability. He doesn’t always answer the questions that I ask in ways that I immediately understand or appreciate, and He still hasn’t told me where this is leading, but He makes His presence known. Sometimes through things that I read, whether scripture or exposition or even fiction. Sometimes it’s through other, seemingly unrelated experiences in life that lead to a better understanding. Sometimes it feels slow in coming, and I wrestle with the same concept for weeks. And, sometimes it’s through music.

I still remember where I was the first time I heard Cory Asbury’s “Dear God,” and it has been over a year now. JJ Heller’s “Missing Peace” is another that had an immediate impact the moment I heard it; but this playlist didn’t start with those songs, although they have become sort of cornerstones for it. This started with a few hymns that resonated with the concept of the Wilderness that I started to explore last fall. Audrey Assad’s “The House You’re Building” lined up next to the likes of “Nearer, My God, to Thee” and “If You Search with All Your Heart.”

I have wondered recently if my time in the Wilderness is coming to a close. Not surprisingly, I don’t have a clear answer yet. The church that I am currently attending seems to be more promising than any other I have visited. It could very well be another “for now” though. “For now” has been another theme of this season that I don’t have time to unpack here. Either way, this playlist has come to represent the entire scope of time in the wilderness. I hope that I have ordered the songs in such a way as to tell a story, not entirely my own story but not entirely unlike my own, either.

The playlist starts with the discomfort of leaving, moves through discovering the freedom of full reliance on God, rejoices in the truth of salvation, and develops a faith that is honest, strong, and ready to move forward no matter what comes. This is a story of finding out you’ve always had a place to belong with God even when it doesn’t seem like there is a place you belong on this Earth. It’s about living through heartache, watching your dreams die and being truly afraid of living without the things you had planned and hoped for. But, in the pain and confusion, there is a new hope. Well, it isn’t actually new; for me it had just gotten a little buried in the closet of my heart.

I hope you will listen, if any of this resonates with you. I couldn’t quite get it to under two hours (sorry!), and the songs are in an intentional order, but I don’t think much is lost by listening on shuffle. I hope to make a YouTube version of the main points before the end of the month, but I didn’t want to wait for that to post this.

If you’re interested in any of the books that have also been a part of my time in the wilderness, I recommend the following not because I agree with everything they say, but because they all gave me something to think about and have played some sort of meaningful role.

The Unfinished Reformation: What Unites and Divides Catholics and Protestants After 500 Years by Gregg R. Allison & Christopher A. Castalado

You Are Not Your Own: Belonging to God in an Inhuman World by Alan Noble (which I haven’t fully read yet, but intend to come back to when I have time to focus on it)

Tables in the Wilderness: A Memoir of God Found, Lost, and Found Again by Preston Yancey

Thief of Corinth by Tessa Afshar

The Ballad of Songbirds and Snakes by Suzanne Collins

Thanks for indulging me in this post which, really, the topic may be better suited to my personal social media, but the format is much more at home here on my blog. 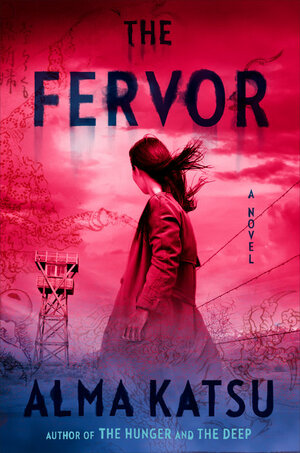