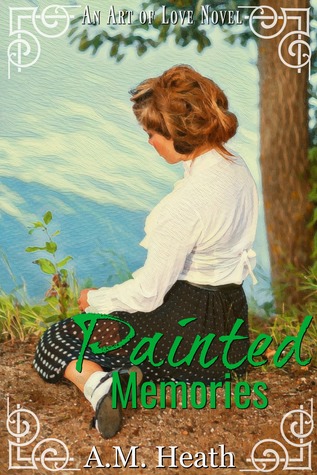 Synopsis: She moved on when the love of her life died in the war, but what will happen when she finds out he’s alive?

Olivia Jernigan never thought she’d get over Grady. But three years after his death, she’s on the verge of marrying Kenneth Wade when she receives a new painting by her deceased fiancé. Olivia flees home to learn what really happened to the man she thought died in the Korean War. The man she thought loved her enough to come home for her.

Grady Barnes woke up three years ago in a hospital room with no knowledge of his identity. The only memory to resurface is the image of a woman he can’t stop painting. When she suddenly shows up at his painting class, she may help him discover where he really belongs or she may disrupt the life he was building for himself.

Olivia and Grady have a history. But now, they wonder if they still have a future … or perhaps, their love is just a painted memory.

Comments: I absolutely want to read this book! I loved the first in the series, Dance With Me. I can’t believe I haven’t gotten to it yet. 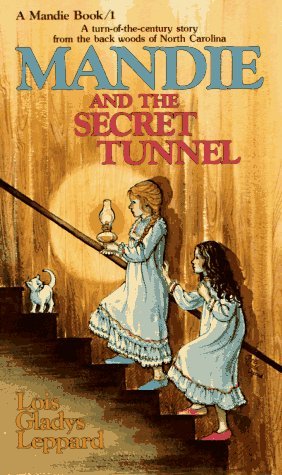 #292. Mandie and the Secret Tunnel by Lois Gladys Leppard

Synopsis: Mandie Shaw, almost a teenager, is certain God no longer loves her as she watches her father being lowered into his grave. Mandie’s move into a neighbor family’s home, when her mother remarries, does not soften her grief. Her only comfort is the promise from her father’s faithful Cherokee friend, Uncle Ned, to watch out for her and be a friend. Will Mandie be able to escape her new and nearly intolerable home situation? Will she find her long-lost family? Will the mysterious key unlock the door to the secret tunnel and her own family’s history?

For children 8-13, mystery adventures set in the North Carolina backwoods at the turn of the century.

Comments: Someone, I don’t remember who, recommended the Mandie series to me as an alternative to Anne of Green Gables. There may have been a time when I would have enjoyed this series, and if I had children looking for something to read I might check it out for them, but at the moment I don’t see this being something I would truly enjoy or fully appreciate. 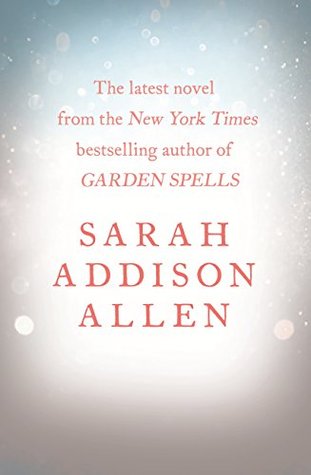 Synopsis: The wonderful new novel from Sarah Addison Allen is a magical treat you’ll devour in one sitting.

Comments: I don’t know if this is a joke that I fell into or simply poor planning, but this book’s Goodreads page says that the expected publication date is in 2050. I love Sarah Addison Allen’s books, but I’m not keeping something with no title or premise around for 30 years! 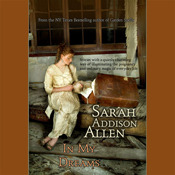 #294. In My Dreams by Sarah Addison Allen

Synopsis: Grace. Charm. The everyday magic of everyday life. Welcome to Clementine, North Carolina, where the mysteries of love, loss and friendship bloom with quiet wisdom.

Sarah Addison Allen, the New York Times best-selling author of Garden Spells and Sugar Queen, brings her wise and magical storytelling to a novellas about life in a small North Carolina town.

Comments: I can’t find a copy of this book anywhere, so I think it is prudent to remove it from my list. 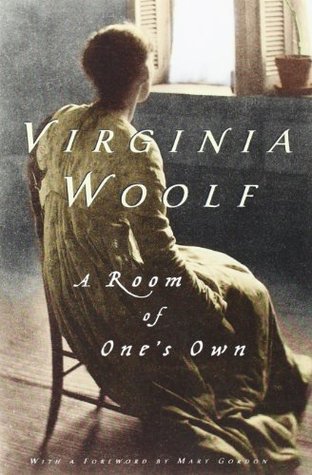 Synopsis: A Room of One’s Own is an extended essay by Virginia Woolf. First published on the 24th of October, 1929, the essay was based on a series of lectures she delivered at Newnham College and Girton College, two women’s colleges at Cambridge University in October 1928. While this extended essay in fact employs a fictional narrator and narrative to explore women both as writers and characters in fiction, the manuscript for the delivery of the series of lectures, titled Women and Fiction, and hence the essay, are considered nonfiction. The essay is seen as a feminist text, and is noted in its argument for both a literal and figural space for women writers within a literary tradition dominated by patriarchy.

Comments: Another book which certainly has its place and time, but now is neither for it to be a good fit with me. 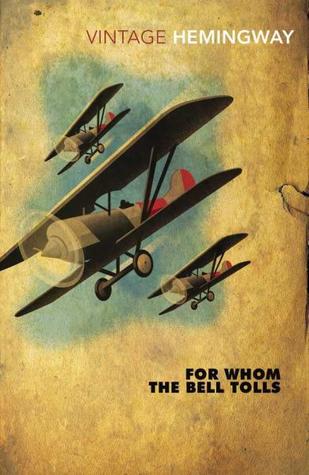 #296. For Whom the Bell Tolls by Ernest Hemingway

Synopsis: High in the pine forests of the Spanish Sierra, a guerrilla band prepares to blow up a vital bridge. Robert Jordan, a young American volunteer, has been sent to handle the dynamiting. There, in the mountains, he finds the dangers and the intense comradeship of war. And there he discovers Maria, a young woman who has escaped from Franco’s rebels…

Comments: This is a classic with a substantial impact on the Western literary canon, and for that reason alone I would eventually like to read this. However, it doesn’t sound particularly enjoyable, and at the moment I’m more interested in enjoying what I read than on soaking up the implications of canon formation. 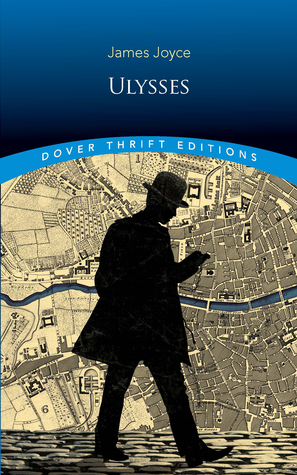 Synopsis: Loosely based on the Odyssey, this landmark of modern literature follows ordinary Dubliners in 1904. Capturing a single day in the life of Dubliner Leopold Bloom, his friends Buck Mulligan and Stephen Dedalus, his wife Molly, and a scintillating cast of supporting characters, Joyce pushes Celtic lyricism and vulgarity to splendid extremes. Captivating experimental techniques range from interior monologues to exuberant wordplay and earthy humor. A major achievement in 20th century literature.

Comments: I read part of this as an undergrad and meant to go back and read the whole thing. I may have to see if I could sit in on a virtual class or something whenever I do get to reading this one. 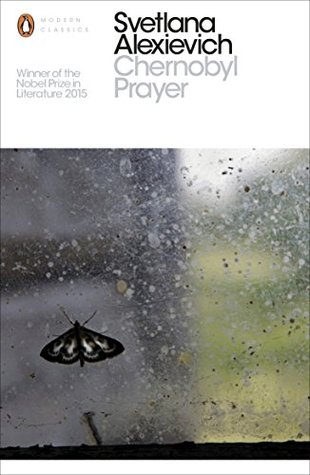 #298. Chernobyl Prayer: A Chronicle of the Future (Voices of Utopia #4) by Svetlana Alexievich

Synopsis: On 26 April 1986, at 1:23am, a series of explosions shook the Chernobyl nuclear reactor. Flames lit up the sky and radiation escaped to contaminate the land and poison the people for years to come. While officials tried to hush up the accident, Svetlana Alexievich spent years collecting testimonies from survivors – clean-up workers, residents, firefighters, resettlers, widows, orphans – crafting their voices into a haunting oral history of fear, anger and uncertainty, but also dark humor and love. A chronicle of the past and a warning for our nuclear future, Chernobyl Prayer shows what it is like to bear witness, and remember in a world that wants you to forget.

Comments: While a part of me would like to know more about the Chernobyl nuclear disaster, I always end up shying away from reading or watching anything about it. This book would probably stay on my list forever if I let it. 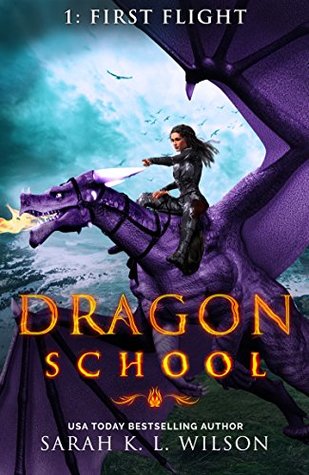 Synopsis: Sixteen-year-old Amel arrived at Dragon School just like everyone else – with a dream to ride dragons and join the Dominion Dragon Riders. But Amel has a crippled leg and Dragon School training is grueling. Before she can even become an initiate, she must complete her First Flight on a dragon.

Can Amel survive First Flight and become a Dragon School initiate or will her dreams dash on the rocks below?

Comments: For the brief time that I had Kindle Unlimited, I downloaded several books that caught my eye without actually looking into what they are about. This is one of them, and it won’t be sticking around. 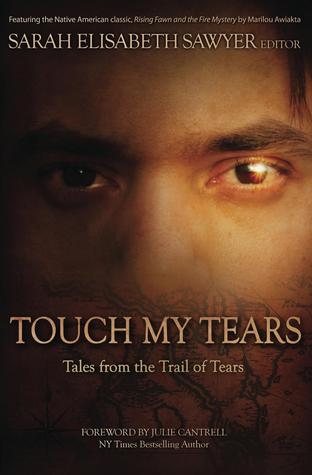 #300. Touch My Tears: Tales from the Trail of Tears by Sarah Elisabeth Sawyer

Synopsis: In 1830, a treaty was signed. In 1830, hearts broke. Tears fell on the long journey for twenty thousand. The Choctaw Nation was forced to leave their homelands to preserve their people. But they could not save them all.

For this collection of short stories, Choctaw authors from five U.S. states come together to present a part of their ancestors’ journey, a way to honor those who walked the trail for their future. These stories not only capture a history and a culture, but the spirit, faith, and resilience of the Choctaw people.

Tears of sadness. Tears of joy. Touch and experience each one.

Comments: This is another that I got when I had Kindle Unlimited. It sounds more to my liking than the last book did.

Someday this list will feel manageable again. Until then, I’ll keep writing these posts.

Are there any books that you are excited to read “someday, but not today”?